Erik Hogervorst, current chairman of Fedecom, the Dutch association for manufacturers, distributors and dealers in the Agricultural Machinery and Equipment sector, has been elected as new President of the European dealer organisation CLIMMAR. The election took place during the CLIMMAR Congress in Riga (Latvia). He succeeds Alain Dousset, who has been President for the last 6 years.
Hogervorst commemorated his predecessor’s enthusiastic approach and continuous effort for CLIMMAR. During his ‘maiden’ speech as elected president Hogervorst envisages the introduction of a fresh spirit in the organisation by making CLIMMAR more visible. For this reason a new business plan will be set up involving the active participation of several national member organisations featuring a limited number of spearheads, such as  the collection and analyses of up-to date European market and benchmark information, closer cooperation with European partner organisations and “best practise” in education and training. A first result for more visibility is the new website (www.climmar.com).

When accepting this new CLIMMAR-presidency his current presidency of Dutch Fedecom comes to an end. This means the conclusion of a governing period of more than 12 years, of which 3½ years as president of the former dealer organisation COM and after the merger with Federatie Agrotechniek (manufacturers and distributors) nearly 2 years as president of the ‘new born’ Fedecom.

Fedecom’s vice-chairman Jint van Dijk congratulates Hogervorst with the appointment as CLIMMAR’s new president: "Erik was the driving force behind the merger and is a pleasant governor to work with because of his open and constructive way of changing views and opinions. No boundaries that could not be crossed existed for Erik making the talks prior to the merger pleasant and positive. This should be regarded as a compliment for our president’s qualifications”. Fedecom wishes the new CLIMMAR president all the best. 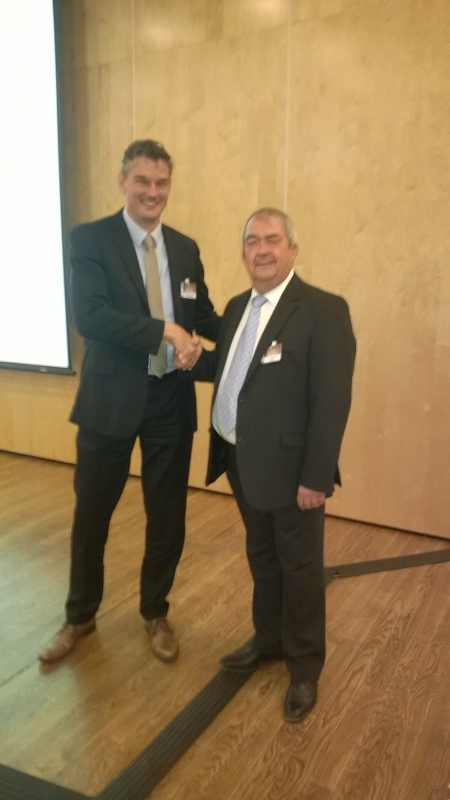