EIMA International, the Agricultural and Gardening Machinery Exhibition which took place from 12th - 16th of November 2014 in Bologna, Italy, can vaunt extraordinary numbers for the 41st edition which just closed with 235,614 visitors logged in. Also growing was the number of foreign business people arriving to confirm the exposition as an agricultural mechanization point of reference on the world scene. Technologies, the economy as well as social cooperation in agriculture were among the themes which came to the surface during the event.
The agricultural mechanization exposition came to a close with historic results. The number of visitors attending the most recent edition in 2012 came to 196,000 and those arriving this time reached 235,614 for a 20% increase which went well beyond all expectations. From the early hours of Wednesday the 12th until the evening of Sunday the 16th, the flows of the crowds through the entry gates of the trade fair center were incessant as were the arrivals of foreign business people. The data made public by FederUnacoma disclose the growing number of business people from abroad came to 38,773 for a 21% gain over the previous edition. With visitors arriving from 124 countries, 1,800 manufacturing industries exhibiting, 650 of them coming from abroad, 60 official foreign delegations and 700 accredited members of the media from 40 countries, EIMA International was crowned as an event of global relevance. The five-day run of the exposition included a schedule of more than 150 conferences and meetings hosted on mechanization issues and agronomics and agricultural policies.

CLIMMAR also present at EIMA
CLIMMAR was also present at the EIMA with a small stand which was organized by CLIMMAR member UNACMA, the Italian association for dealers of agricultural machinery . It was a good promotion of CLIMMAR as the International dealership network of 15 national associations. 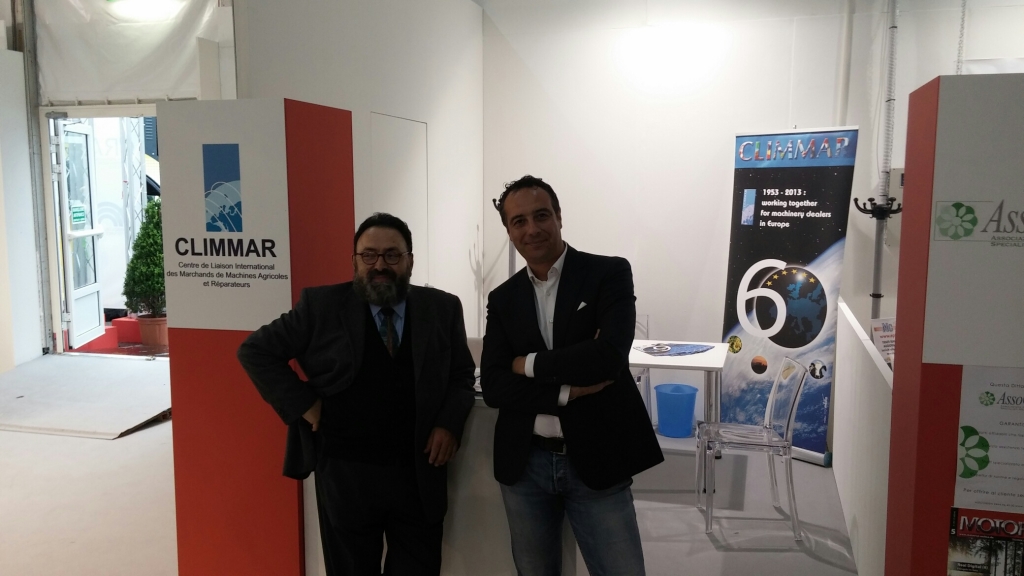