The North American Equipement Dealers Association (NAEDA) has published their 2014 Dealer Manufacturer Relations Survey.
The NAEDA Dealer Manufacturer Relations Survey was mailed to selected dealers in the United
States and Canada in mid January 2014. The survey was conducted electronically through email distribution
and results were anonymously collected and tabulated by a third party research firm. Responses were
collected over a 15 day period that included three email reminders to non-respondents only.
The survey distribution list included over 10,800 dealers, both members and non-members of NAEDA
compared to a distribution of 9,000 the previous year. The distribution list was composed of 34% NAEDA
members and 65% non-members. Eleven manufacturers provided dealer lists and many others encouraged
their dealers to participate in the survey through their dealer communications. For control purposes the survey
was designed so that each respondent could only take the survey one time. Over 1,400 dealers participated in
the survey in 2014 compared to just over 1,000 in 2013 representing a response rate of 13% (16% members,
10% non-members). 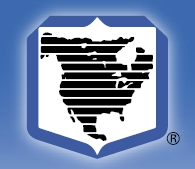